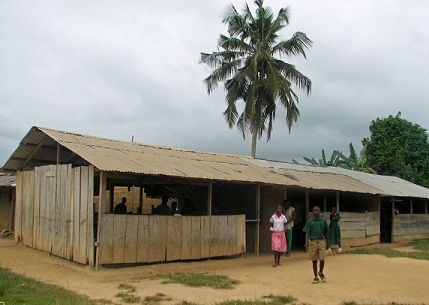 In some OECD countries, education “reform” has of late become a code word for measures that involve rolling back government responsibility and investment, reining in unions, and using standardized data collection and individual testing as the principal yardstick to measure quality of teaching and learning. So-called public-private partnerships are implemented in a process of devolution to private entities of a wide array of educational activities, from the ownership and running of schools to creation of curriculum and delivery mechanisms, training and certifying teachers, and finally, design of outcomes standards.

In recent years, “reforms” have moved beyond the OECD countries. Proposals and implementation are turning up in development assistance literature, policies and funding flows with approving descriptions. There is also a heated, and highly ideological, debate between the reformers and those who believe that privatizing parts of education weaken the whole system.

In the name of these reforms, “low-cost” private schooling is being scaled up in a number of countries (Pakistan, Ghana, for example) with government support in the form of vouchers or financial concessions, and described as filling gaps in public basic education (see also this recent Oxfam blog). Technological aids to learning, such as individual laptops or tablets for young learners are being purchased, very often with a TCO (total cost of ownership) higher than the government investment per pupil (Rwanda, Uruguay). New internationally-standardized data-gathering mechanisms and tools (Pisa for Development, Learning Metrics Task Force, World Bank – Saber) funded by intergovernmental or bilateral funding are presented as essential for improving quality of education. In all of these instances, private entities, many of which are international corporations, are gaining access to expanding lucrative markets subsidized by government and international aid monies.

For all of these reforms, there are perverse effects that can be immediate or show up over time. Researchers have demonstrated the thin or absent evidence that many privatization initiatives contribute to cost-effectiveness, reduction of inequality, increased quality or scaled-up access. Low-cost private schooling cannot and does not reach the poorest. The schools themselves can only operate with untrained teachers paid at even lower wages than the public sector and a consequently high turnover. It has not been demonstrated that the increase in low-cost private schooling substantially expands enrolments rather than merely shifting them. Widespread technology at basic education level frequently leaches away funding that could be used to improve teacher training, working conditions and retention. Infrastructural difficulties often annihilate or severely limit use as planned of devices. Evaluations have occasionally indicated some improvements in learning over the short term, but rarely scalability and never cost-effectiveness. Widespread standardized testing can disempower teachers and result in a narrowed curriculum and teaching practice. While it may reveal information about quality it also has perverse effects of reducing teaching time, encouraging cheating and creating winners and losers. Expanding internationally comparable data gathering has a considerable opportunity cost, and the use of international firms and consultants can capture rather than build capacity within countries.

Such measures are not a match for the international rhetoric around Post-2015 that aims at leaving no one behind, reducing poverty and inequality, and improving quality. They do not target the poorest or contribute to reducing disparities. They can substantially weaken public education and thereby contribute to diminished quality over time. They touch at the basic notion of education as a human right and a public good. Finally, accountability and transparency should be made an integral part of any public-private partnership.

It seems that more peer reviewed research needs to be carried out on the extent of the corporate involvement and profit on public education. Conflicts of interest and permeability between public funds and private profits need to be examined and described. The burden of proof of benefit for costly reforms involving private sector implementation needs to be on the reformers.

This blog is based on the ideas and questions that were debated in a number of panels concerned with privatization and the effects of corporate influence on education at the recent Comparative and International Education Society (CIES) in Toronto (9 – 15 March 2014). Researchers and practitioners at them often called for more scrutiny of effectiveness, opportunity costs and cost-effectiveness of reforms, as well as governance of new forms of alliances between private and public sector entities and conflict of interests of reformers.  Comments, criticism and additional information by readers will be welcome.

Among the CIES panels was one organized by NORRAG called “Big data on education and the hegemony of counting” with NORRAG members Grace Akukwe, Michel Carton, Alexandra Draxler and Susan Robertson.

Alexandra Draxler is a former UNESCO education specialist, and now an independent consultant and member of NORRAG’s team. Email: a.draxler@gmail.com

Views and opinions expressed in blogs are those of the authors and are not intended to represent the view of all NORRAG members.