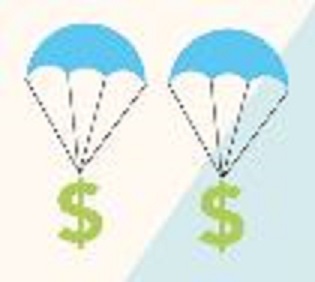 What Nick Burnett has outlined in his piece on Innovative Financing is indeed food for thought.  As someone, who, during my time in UNICEF, (I am now retired from there so am writing as an independent professional) was also in the Education Task Force of the Leading Group (and contributed with others to the reports in question – in 2010 and in 2012). I would like to add a couple of issues to Nick’s that are often overlooked. This is unclear – for what reasons I am unsure – but perhaps because they are not well researched, not as well publicized, probably not as mechanisms sufficiently large-scale (though the ideas usually are) and not in the focus of the academic community.

My point is that innovative financing, whether international or domestic, should not only be about extra funds for the sector. Most importantly it is also about getting funds to the right place at the right time and nothing is more crucial than reaching children in times of crisis be it in conflict, economic collapse or natural disasters.  I therefore feel compelled to mention that innovative finance has to include innovative mechanisms which deliver when needed, and not only add to the overall pot. The provision of textbooks (their financing, delivery and the timeliness of the exercise) to children in Zimbabwe was one such good example of this.

Of course, many NGOs and agencies such as UNICEF have raised new funds for years in modalities which might be classed as innovative: partnerships with the private sector (I hate to mention specifics here), with major football clubs, and others. These may not be sufficiently large-scale or as researched as other sources of finance, but they have been quietly financing the education of thousands of children in a complementary fashion (admittedly sometimes lacking in disclosure which has frustrated  national planning purposes), but sometimes also aligned with or transparently complementary to formal sector financing. Also importantly they serve to educate more than the recipients of the funding.

In conclusion, I make a plea for more lateral thinking on innovative finance (including whether the marginalized-not just the poor- are benefiting), and for closer observation of what lies under the international/academic radar, and which may be quietly benefiting children on the ground. That continues even when international discourse takes a rest from “flurrying”, and much might be learned.