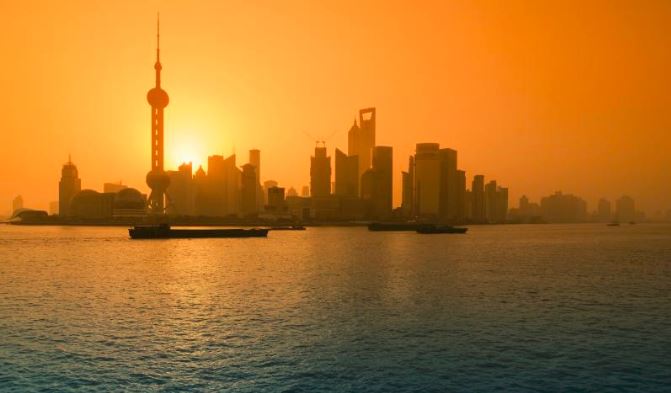 The World Bank’s recent publication “How Shanghai Does It: Insights and Lessons from the Highest-Ranking Education System in the World” has created much media buzz. The book launch was also accompanied with a three-day Global Conference on Equity and Excellence in Basic Education in Shanghai China May 17-19, 2016, attended by education policymakers from around the world.

This is the first time the World Bank has systematically studied a Chinese education system. Many have asked why education and why Shanghai?    Few would dispute the value of education nowadays but since the 1970s economists in academia and World Bank have taken it one step further saying that investment in education also pays.  As Harry Patrinos writes in his recent blog on education and development, “overall another year of schooling raises earnings by 10% a year. This is typically more than any other investment an individual could make.” The World Bank’s goals are to eliminate extreme poverty by 2030 and to promote shared prosperity.  Education is considered an important instrument in realizing this vision.

Fifteen-year-olds in Shanghai shocked the world twice in 2009 and 2012 when as a group their performance in math, science, and reading topped the world. This was no ordinary win.  An average Shanghai student outperforms his or her OECD counterpart by about 119 points in mathematics: equivalent to three more years of schooling!  Further, compared to other systems, Shanghai has the highest proportion of socioeconomically disadvantaged students performing in the top 25% and thus is considered the world’s most equitable system as well.

Shanghai and for that matter China do not talk much about PISA.   During the Conference, the Shanghai Mayor Ms. Tiehui Weng, Deputy Education Commissioner Mr. Wei Jia and others explained the core objectives, policies and practices and the current focus to develop the Shanghai Education Strategy 2030. To them, PISA is one of the confirmations of the results of a three-decade long pursuit of education reform.  They are not complacent about it and are fully aware of the challenges that continue to plague the 24-million-population-megacity, as it strives to “educate every child, develop every teacher, and manage every school well”.

But the World Bank and the international develop community do care about PISA. Countries struggling to bring more children into school and to improve learning outcomes should care too.  Worldwide, there are still 57 million children who are out of school and another 250 million who are functionally illiterate despite having had some schooling.  These numbers represent not only lost economic productivity, but also a violation of basic human rights and dignity.  Will Shanghai’s experience be relevant to others?  How we can we distill and curate Shanghai’s good policies and practices?   That was the primary motivation for the study.

To be a bit more provocative, there is widespread misconception about the East Asian education success.  Many tend to attribute this to culture or to rote memory and test-driven practices in schools and at homes.  The OECD will not agree, however, as it claims that “PISA is unique because it develops tests that are not directly linked to school curriculum.  The tests are designed to assess to what extent students at the end of compulsory education can apply their knowledge to real life situations and be equipped for full participation in society”.

That was also my personal motivation. I was born, raised, educated in China (partly in Shanghai) until I finished college in 1990. Over the last two decades, I have been fortunate to work on education systems and programs on behalf of the World Bank in more than a dozen countries in Africa, Latin America, South Asia, the Middle East, and East Asia. In addition, raising two children in the American education system also provided me with an opportunity to observe and reflect on eastern and western practices and compare their respective merits.

It is not easy to compare policies and judge their merits across systems.  Many of us working on education systems have had the experience of reviewing a large number of country case studies and finding it difficult to summarize key messages as cases studies tend to use different terminology, definition, and criteria. 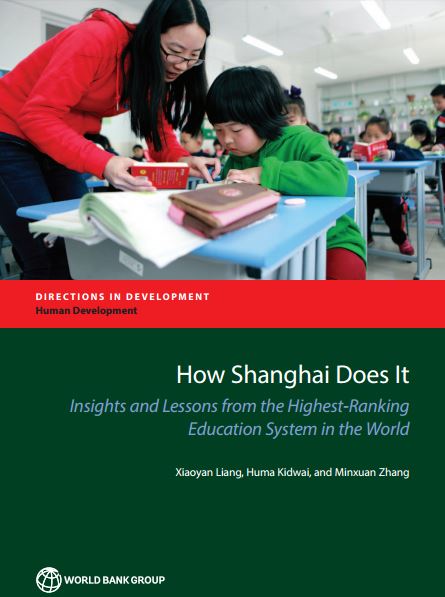 In this study, we used the World Bank’s education policy benchmarking framework and tool, SABER, to measure the key policies in Shanghai’s basic education system.  SABER uses a standard methodology and a pre-defined list of indicators to measure the “soundness” of education policies.  We applied the SABER instruments and assessed the Shanghai system in a total of 24 policy areas including in teachers, school finance, school management, and student assessment.  Shanghai scored high in almost every SABER assessment, and is considered international best practice in 6 policy areas.

So we conclude that the City is indeed pursuing the “right” policies. We went beyond to assess the extent to which these policies have been implemented at the school level through school surveys.  And the results are even more convincing, that Shanghai not only carefully plans but also implements what it preaches! In some areas, implementation exceeds policies. We know for many countries, there are gaps between policies and actually practices.

One of the most impressive aspects of Shanghai’s education system is the way it grooms, supports, and manages teachers and principals.  The reason the teaching profession is regarded with a lot of respect in Shanghai is not just because teachers earn reasonable, stable salaries—it is also because of how well they have been trained and how well they teach. They are true professionals.  Teachers in the city go through rigorous pre-service training and are well supported with ongoing professional development once they begin work. Much of this takes place in schools in a collegial and supportive manner.

A pillar of Chinese teacher professional development is the teaching research group.  Teaching and research are considered two sides of the same coin.  Many visiting Shanghai did not understand this at first. Teachers are practitioners so why research and what kind of research?  The ability to reflect and conduct action research on a daily basis on education content and pedagogy and how they affect student learning is considered a must for teachers.

On average, teachers in Shanghai spend about a third of their time teaching in class and the rest preparing lessons, grading homework, observing and mentoring other teachers, and engaging in other forms of professional development and action research. They are also evaluated systematically, required to go through a year of probation, rewarded for good performance, have opportunities to move up the ladder based on merit, and are led by principals who are themselves instructional leaders.

The way Shanghai pulls up the performance of weaker schools is also interesting, according to the report.  While education financing is decentralized to the district level, the city government reserves a portion of the education tax and redistributes it with emphasis towards poor and low performing districts. The “entrusted school” management model frequently used in Shanghai involves high-performing schools or private education agencies providing management and professional support to low-performing schools. The city government backs up this arrangement with substantial financial transfers based on performance.

The delegates at the Shanghai conference visited Shanghai primary and secondary schools and observed about 20 minutes each in a math and English class.  Some teachers face as many as 30 to 40 students and yet they are highly skilled and were able to actively engage every one of them by using a diverse range of teaching methods complemented with various ICT tools.  Many delegates came away from Shanghai classrooms convinced that indeed teachers are highly skilled and dedicated and that it is not true that teaching is mostly teacher-centered and that students only learn by rote memory.

The results of PISA 2015 will be made public later this year.  And more provinces and students in China have participated in the upcoming round.  I am confident that again most students will score above average and that few will be left behind.

>>How Shanghai Does It: Insights and Lessons from the Highest-Ranking Education System in the World