South Africa has never actually engaged seriously with MDG 2 on education and the post-2015 agenda can never drive the developmental agenda of the country. 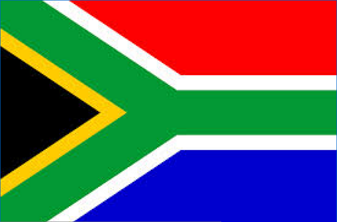 The post-2015 agenda has finally descended into South Africa. In the last month there has been a flurry of activities with different government departments rushing to coordinate their responses. The Department of Higher Education and Training has been no exception. A meeting of experts was called in Pretoria, coordinated by the Department of International Relations and Cooperation, to discuss this matter.

What are the post-2015 type issues for South Africa from a skills development perspective?

Besides the fact that the post-2015 discussions in South Africa have so far largely excluded South Africa’s education and training professions, it is definitely an issue that we should be involved in. I could sense that many individuals present in this meeting were not even sure about the substance of this agenda, and there were even questions about where the MDG 2 process is. The problem here is that South Africa has never actually engaged seriously with MDG 2 on education. The reason being that right before the start of the MDGs, South Africa became a new country which was hell bent on removing apartheid-created barriers to education. By 2007, 90% of students were retained for up to 9 years of schooling. Now, almost 70% of school-going children stay at school for the full 12 years of basic education. There was no external funding that was directed to the EFA programme and therefore the MDG agenda was never felt much, except for those who are tasked with reporting in government.

The issues in education are now different. We need to have young people complete the 12 years of schooling successfully. More than anything, we realize that our post-schooling system is small and dominated by the university sector which cannot take even a seventh of all those who write the end of school examinations. We have been dabbling with a qualifications system that became a proxy for skills development for almost twenty years now, without actually developing a skills system. We now know that education for the young only is not enough for our society and we know that education and training does not translate into employment. We are beginning to be aware of the relationship between education, social background, employment and poverty. We know that our inequalities in accessing post-school education, skills development and employment are not only racially determined, but the intractable problem of spatial inequalities play itself out in education and employment.

The post-2015 agenda and the developmental agenda of the country

The question we must ask is whether our problems in education and training will be addressed through the post-2015 agenda. Whilst it is important to engage in the global debates such as these, they can never drive the developmental agenda of the country. South Africa needs to craft its path on its economic developmental trajectory from which it can read its skills system in the first place. The country needs to expand a differentiated post-school system and ensure access to a much larger population that it does now. We must still engage with the inequalities that confront us in our education and skills systems. The post-2015 agenda will not hurt us, but there is much, much more the country has to do to address the pressing problems in the country than to spend an inordinate amount of time crafting this new agenda.

Peliwe Lolwana is the Director of the Centre for Researching Education and Labour at the University of Witwatersrand, Johannesburg in South Africa. Peliwe.Lolwana@wits.ac.za