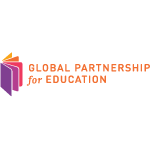 Official Development Assistance has historically focused on “good performers.” With evidence that aid works better in countries with stronger institutions and more effective policy regimes, good governance has long been a prerequisite for investment. What does this mean for international support of the education of children living in fragile and conflict-affected settings, which are by definition settings where governance is threatened?

Until recently, the picture was rather bleak. While almost half of out-of-school children globally live in fragile and conflict-affected settings, these countries have historically received only a fraction of all global aid to education. In our recent research on the Global Partnership for Education (GPE), we see evidence of change. The number of fragile and conflict-affected states funded by the GPE has grown exponentially, from 1 in 2003 (when it was the Fast Track Initiative) to 28 in 2015

The Global Partnership for Education (GPE) was initially launched in 2002 as the Education for All Fast Track Initiative (FTI).  A multi-stakeholder agency spearheaded by the World Bank, its goal was to galvanize donor funding in order to put any developing country with a credible Education Sector Plan on a “fast track” to achieving Education for All. Given strict eligibility requirements, very few fragile and conflict-affected countries (FACS) were able to secure funding from the FTI (see GPE timeline below).

Upon the FTI’s 2011 restructuring into the GPE, the challenge of addressing educational needs in settings of conflict and fragility rose rapidly on the policy agenda of the organization. Of its 59 recipient countries in 2015, the GPE supports 28 countries experiencing fragility or conflict, double the number since just 2010. In 2013, 52 percent of the total GPE funding distributions were for states affected by fragility and conflict, up from only 13 percent in 2010. Importantly, support to education in fragile and conflict-affected states is listed as the first objective in the GPE’s 2012-2015 Strategic Plan.

We view this shift to supporting countries experiencing conflict and fragility as dramatic, and we’ve been attempting to figure out why and how this change occurred. By tracing the history of policy development within the FTI/GPE via documentary analysis and interviews with key stakeholders, we have identified several drivers behind the uptake of policies relating to education in fragile and conflict-affected states. We have identified three key phases of engagement for the FTI/GPE in this issue area. These phases are not entirely distinct; but they overlap in important ways; they nevertheless provide a useful framework for understanding FTI/GPE evolving support to fragile and conflict-affected countries.

The first phase we call “nascent engagement,” where in its first three years (2002-2005), the FTI’s agenda did not include any substantive focus on fragile and conflict-affected countries. The FTI’s mandate supported stability, efficiency, and accountability – almost necessarily excluding fragile contexts.  At the same time, we saw growing acknowledgement in the wider international development arena that, in order to achieve education for all, mechanisms needed to be in place to finance countries experiencing fragility – including conflict, post-conflict recovery, or natural disaster. Documents and interviews reveal a tension within the FTI at this time: on the one hand, upholding goals and principles of aid effectiveness (as expressed at this time in the Rome and Paris Declarations) and, on the other hand, supporting urgent educational needs in fragile and conflict-affected states.

Individual FTI staff members, donors, and evaluators reiterated throughout these early years the crucial need to engage in settings of fragility and conflict, if not prioritize them, citing the fact that very large populations of out-of-school children lived in these countries. They argued that in order to meet its mandate of increasing access to education for all, the FTI could not ignore these settings. This pressure came to a head in 2007 when post-conflict Liberia’s application to the FTI for funding was denied.

The FTI responded to this mounting pressure by setting up a Fragile States Task Team in 2007 and developing new country status categories for funding. Despite these surface changes, even by 2010 when an external evaluation of the FTI was conducted, the mechanisms by which the FTI would increase its engagement with fragile and conflict-affected states remained unclear.

While a new vision of GPE engagement with fragile and conflict-affected countries took hold with the 2012-2015 Strategic Plan, the mechanisms for operationalizing this engagement remained a work in progress. We identified the third phase as “operationalization,” particularly related to changes in governance and funding mechanisms.

A major change that triggered shifts in policy relevant to operationalization came in 2011, when the Steering Committee was altered to become a Board of Directors. The new constituency-based Board, in response to criticisms that the FTI was essentially a donor initiative, came to include six seats for donor countries, six seats for developing countries, three seats for multilateral agencies, three seats for civil society organizations, and one seat for the private sector and foundations. The inclusion of civil society and private foundation actors in particular brought to the Board a deeper experience of working in fragile and conflict-affected contexts and a history of campaigning globally for increased attention to children in fragile settings.

Another critical structural shift was in funding mechanisms. Moving away from a focus on “good performers”, the GPE has developed two specific ways to support investment in fragile and conflict-affected settings. First is a revised framework for determining country eligibility and possible financial support for a grant period. This “Needs and Performance Framework” includes “Fragility Status” as a key consideration, contrasting the earlier reliance on criteria based solely on prior good performance. Second is a dual approach to the management of GPE grants in-country, with the possibility of providing additional support to national education systems through third party agencies when appropriate. Both of these dimensions of funding are codified in the Operational Framework for Effective Support in Fragile and Conflict-Affected States, which was approved by the Board of Directors at a 2013 meeting in Brussels.

The rise of education in fragile and conflict-affected states on the GPE agenda was representative of a convergence of factors, including wider consensus external to the GPE on the need for global action on education in these settings; the vocal advocacy of individuals within the GPE Board, especially upon the Board’s restructuring to include civil society and foundation actors; and the development of concrete funding mechanisms appropriate to the needs of these contexts.

The GPE’s evolving support to fragile and conflict-affected states is part of a larger extension of global policy and practice on the part of donors, NGOs, and UN agencies. Its role in raising the prospects of sector-wide and longer-term development-focused funding in situations of fragility and conflict is unique and holds the potential for transformative change in educational opportunities for some of the world’s most marginalized children. Nevertheless, great challenges remain for GPE. The GPE has been subject to well-grounded criticism, including related to its dependent relationship with the World Bank. It has also been critiqued by some as falling short of its initial financing targets and its lack of attention to learning goals.

Moreover, looking forward in terms of the GPE’s evolving policy agenda, it will be important to examine the implementation of new policies at the country-level. Has the GPE been successful in its strategic objective of aiding fragile and conflict-affected countries in implementing their own education sector plans? And has the GPE’s engagement in fragile states helped it to achieve its overarching aim to increase access to education for all children and to enable them to learn?

Francine Menashy is an Assistant Professor in the Department of Leadership in Education at the University of Massachusetts Boston. Email: Francine.Menashy@umb.edu

Sarah Dryden-Peterson is an Assistant Professor in the Harvard Graduate School of Education, Boston. Email: sarah_dryden-peterson@gse.harvard.edu