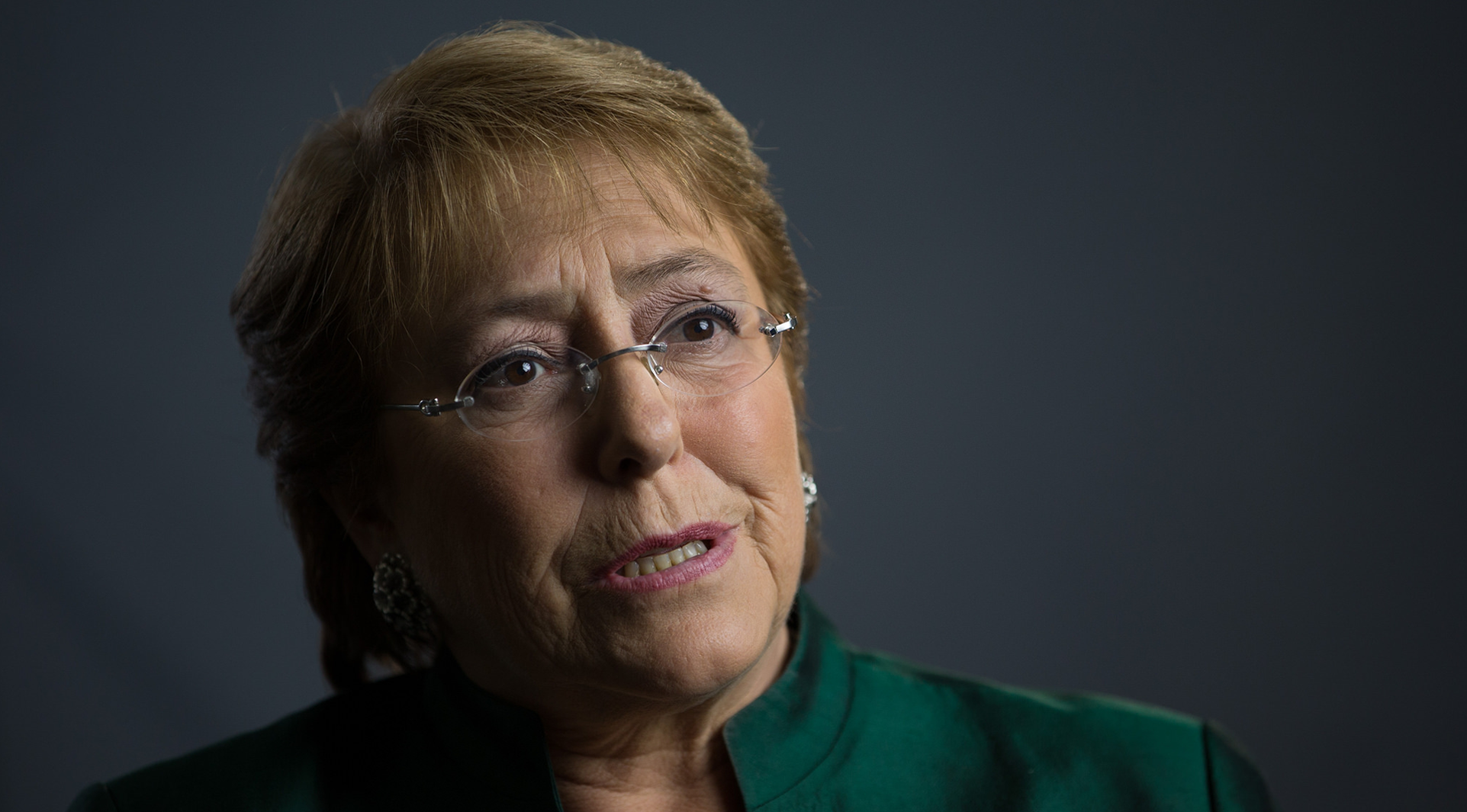 Ms. Bachelet ended her second four-year term as President of Chile in March 2018, having already held the position between 2006 and 2010.  The first woman elected to Chile’s highest office, after her first term, she joined the United Nations as the first Executive Director of the newly established United Nations Entity for Gender Equality and the Empowerment of Women (UN-Women).

A long-time human rights champion and ground-breaking leader, Ms. Bachelet is a paediatrician who began her Government career as an adviser in the Ministry of Health, rising quickly to become the first woman to lead Chile’s Health Ministry in 2000 and its Defence Ministry in 2002.

Ms. Bachelet became involved in Chilean human rights activism in the early 1970s.  She and her parents were political prisoners, and her father, a general in the air force, died in prison.  After their release, Ms. Bachelet and her mother spent several years in exile.  She returned to Chile in 1979, finished school and became a paediatrician and public health advocate.

The holder of a medical degree, Ms. Bachelet also studied military strategy at Chile’s National Academy of Strategy and Policy and at the Inter-American Defense College in the United States.