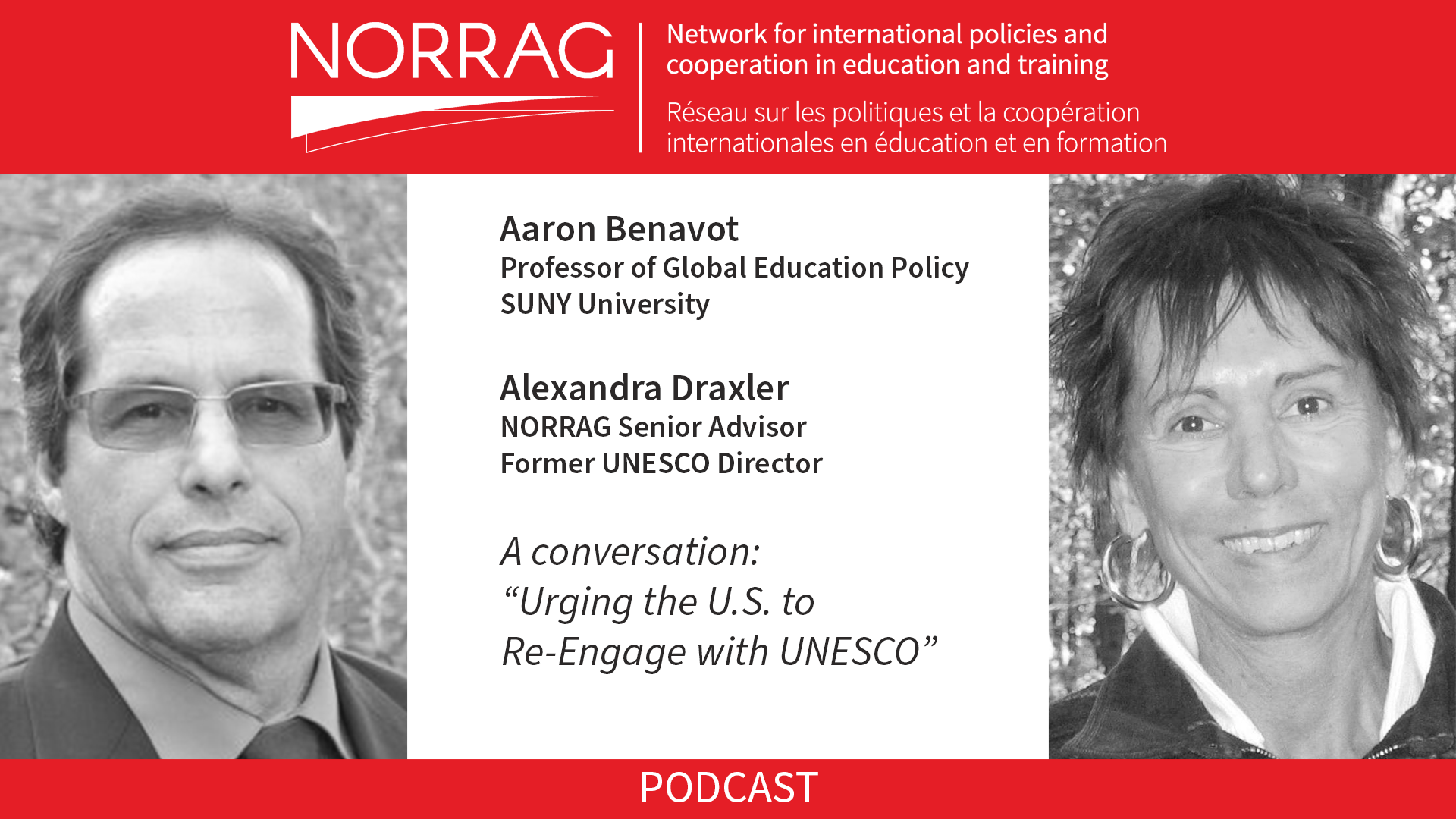 In the podcast episode, Draxler interviews Benavot regarding the importance and possibility of the U.S. re-engaging with UNESCO. It follows the statement released by the Comparative and International Education Society (CIES) in November 2020, which urged the incoming Biden/Harris administration to, “Rejoin UNESCO and to re-engage in all areas of the Organization’s expertise, including cultural heritage, education, lifelong learning, information/communication and science” (CIES 2020, Nov 18).

The U.S., as a founding member and largest donor the the UN and its agencies, has often been its most vocal critic, using suspension or withdrawal of funding to give weight to criticism over the years. Due to political interests and tensions, the U.S. undertook its most recent formal withdrawal from UNESCO in 2017.

What would U.S. re-engagement with UNESCO entail and imply? The conversation builds off of history, yet adapts to the current climate.

Watch the video recording of the interview, or listen to the podcast at the link below: