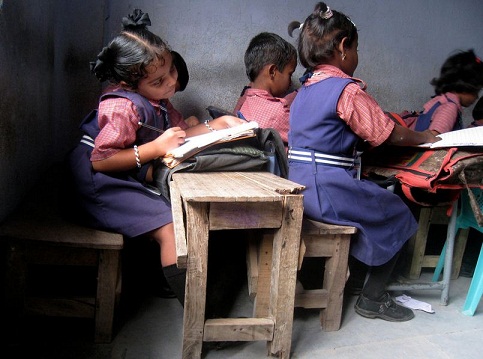 Over the last two decades, the low fee private (LFP) schools have witnessed an unprecedented growth in India. The per cent of children in the 6-14 year age group in private unaided schools increased from around 10% in 1996 to as much as 28% in 2005. According to the Institute for Human Development Survey (IHDS), carried out in 2005, as many as 51% of children in urban areas and 21% in rural areas were enrolled in private unaided schools. According to DISE Flash Statistics 2011-12, the total share of private unaided elementary schools to total elementary schools is as high as 40% in Delhi, 37% in Chandigarh, 34% in Pudducherry, 27% Rajasthan and 25% in Haryana.

The increasing presence of LFP schools has given a new dimension to the public-private schooling debate. On the one hand, the LFP schools have been seen as cost efficient and better quality alternative to failing public schools. On the other hand, these schools are seen to contribute to the marketization of education. One set of research studies argued that LFP schools are now being preferred over public schools by the poor and that students in these schools outperform government schools. These studies underlined the importance of private schools in the context of meeting the United Nations Millennium Development Goal of universal primary education by 2015. However, these claims have been contested by others as these studies reported that  instead of treating education as a social good served by the welfare state, this neo-liberal phenomenon anticipates education as an opportunity offered by the market. These schools have been criticized for untrained teachers and faulty teaching methods. Besides these, the popularity of these schools has also been attributed to different factors such as parents’ aspiration for English medium schools, accessibility and better quality of education.

Among all these factors, I looked into two aspects in my study: a) the role of the medium of instruction; and, b) the professional status of teachers in government and private schools. The study area, Narwana, was a small semi-urban town, in Jind district, Haryana, India. Both government and private schools are located in this area. Given the small sample of the study, the findings cannot be generalized to the country; however, such examples cannot be ignored in this important debate over public vs private schooling.

On the other hand, a comparative analysis between a government English medium school and Hindi medium private schools (situated in another village of the same block) shows that parents prefer to send their children to the Hindi medium private schools rather than the English medium Government schools. In spite of all these major facilities in the studied English medium government school, the private schools in the village are attracting students in larger numbers. Different reasons have been reported by school authorities and parents as to why private schools are attractive to parents. One reason is that many public teaching posts have not been filled by the government since 2007. Another factor responsible for the withdrawal of students in higher secondary classes was that many students wanted to pursue humanities and commerce courses in Hindi while the school was offering all the courses in English. This factor led to the closure of these courses in the school. It was also mentioned that many students dropped out as they were not able to cope with the English medium. It was further observed that the teachers appointed for teaching in English are not themselves educated to a sufficient level in English; the interviews and classroom observations clearly revealed that none of them were able to speak or teach in English to a sufficient standard.

Kamlesh Narwana is an Assistant Professor at the Institute of Home Economics, University of Delhi, New Delhi. Email: kamleshnarwana@gmail.com