The existence and possible features of a post-2015 global education agenda is the hot topic in education and development circles these days. At least a score of different discussions are taking place on the shape of the EFA goals and the MDGs post-2015, in every corner of the international education arena – and every NGO and intergovernmental agency seems to have an angle. 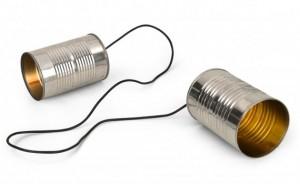 Will there be two sets of education/development goals post-2015, as we have had since 2000, or just one set? Will the next set of MDGs leave education out altogether, on the grounds that the education-related MDGs are far enough along (or perhaps not interesting enough anymore) that the world development agenda can move on to other things? Or are we perhaps looking at the articulation of one global learning goal, contextualized country by country? The questions outnumber the answers, that much is certain.

For a relatively low-profile international NGO like mine, it’s hard to know where to put one’s advocacy energy and how to be heard. It’s not that we don‘t have a message concerning the role of learning in the enfranchisement of marginalised populations – we surely do. But we are not used to shouting at the Powers that Be, and our voice isn’t all that loud anyway.

We are learning, however. We have been counseled to make alliances with like-minded others, and speak with a more or less united voice into the process. Imagine that – a united voice in the NGO world! Still, it’s a strategy worth trying.

Another important question is how the priorities and perspectives of the global South are being taken on board in all of this discussion. That part of this scenario is far from clear. Especially for a grassroots-oriented NGO, it is hard to imagine how the real learning challenges and opportunities of communities in the South will make it onto the global radar. It is true that we have seen a range of recent opportunities emerging for African stakeholders to speak to the issues.  The Beyond2015 network lists five civil society discussions of these topics in Africa, all taking place in the last 8 months.  In June 2012, ICAE ran a virtual exchange on “EFA after 2015”, as a step towards facilitating broader international dialogue on the issues. At UNESCO’s International Round Table on the 2015 literacy targets, to be held in Paris in September 2012, representatives from forty countries where literacy rates are a challenge will be meeting to share ideas on progress made and future action needed.

Still, being heard means not just speaking to ourselves, but identifying and speaking to the decision makers. How is that going to happen exactly? How could we ensure that these decision makers are hearing the voices they need to hear, from stakeholders who may not otherwise be on their radar?

If and when the voices of the global South are heard on this question, I suspect they might talk about the importance of a broad-based approach to literacy and learning: vocational and skills training, adult literacy and basic education, tertiary education, education for a sustainable planet, contextualized approaches to education rather than cookie-cutter goals. They might say that reading is indeed good stuff – but is it really the only way to think about learning? They will probably be asking that the 2015 education goals not be shelved, since – attained or not – they remain crucially important. They might even be asking that the entire education project be critically examined, and that the standards and expectations of the world education project not be such that the South only succeeds when it conforms.

With all these questions, a few points do seem clear. One is that those who have not are, and always will be, at the mercy of those who have. I don’t think there is any grand conspiracy involved; it’s just the way the world works. Given that reality, anything that my agency, or yours, can do to help bring attention to the education realities in the South is effort well spent. Donors are not hard-hearted – at least not the ones I know. But they may need some reliable perspective on what really works and what doesn’t for their intended beneficiaries.

The other point is that after 2015. . . comes 2016. The education challenges we are talking about today are not much different from the ones our predecessors were talking about a generation ago. They are probably the ones we will be talking about in another generation as well. Where are the sustainable solutions, and who should be generating them? This challenge is illustrated in my own field, that of African languages and literacy. Every major reading method on the market today in Africa was developed for the cultures, economies and languages of somewhere else. None of those societal features is universal, and yet the assumption both in and out of Africa is that whatever works in classrooms of the North is ipso facto the answer for classrooms in the South.  We can surely do better than this.

So the issue comes back around to the questions: Who is speaking, and to whom? Who is listening, and to whom? Untangling the myriad of conversations about “education post-2015”, and finding out where to focus for maximum impact, is the task at hand for any of us who want to make a difference.

Barbara Trudell is the director of research and advocacy for SIL Africa Area.  She has lived and worked in Africa since 1993. Her association with NORRAG began in 2002, as NORRAG’s first “assistant for development”. Email: barbara_trudell@sil.org