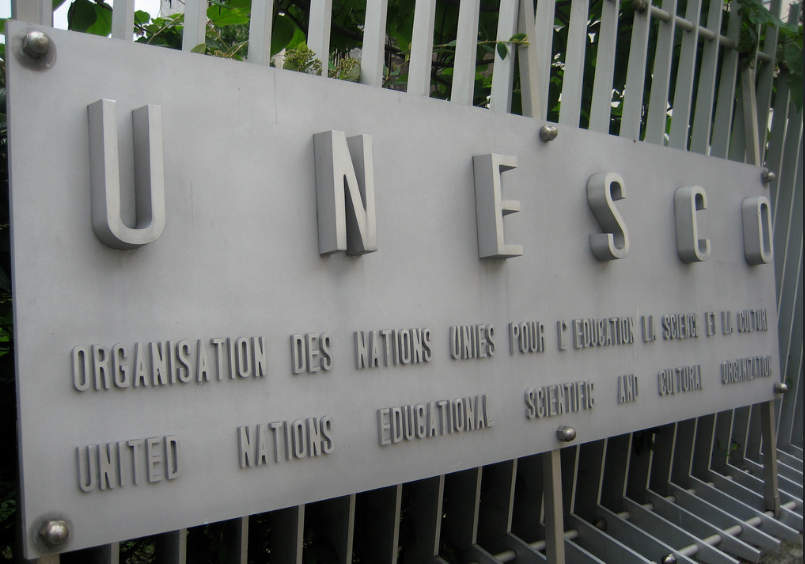 With regard to its work in education, UNESCO came into the 2000s hoping to address the issues of legitimacy that had beset it in the preceding decades. From the 1970s onward, UNESCO gradually lost stature as the World Bank became more prominent and influential, though UNESCO’s reputation and the sense of its effectiveness were also adversely affected by the perception that it was too bureaucratized in its operation, too philosophical in its knowledge products, and too mired in Cold War politics (through the 1980s). Thus, after a decade of sub-par leadership and coordination by UNESCO following the World Conference on Education for All (EFA) in Jomtien, in 1990, the outcome of the World Education Forum at Dakar, Senegal, in 2000 provided a new opportunity for UNESCO to address its crisis of legitimacy. This opportunity stemmed from the fact that UNESCO was awarded the mandate to lead the charge towards the Education for All (EFA) goals, which were to be met by 2015. One expectation was that UNESCO would take the lead in coordinating key partners in the EFA movement, including other multi-lateral organizations, civil society, and world political leaders, as part of the effort to develop strategies and to mobilize resources for the achievement of EFA. The other expectation was that UNESCO would monitor “progress towards EFA goals and strategies at the national, regional and international levels” (World Education Forum, 2000, p. 44). However, in the years that followed the World Education Forum, UNESCO would achieve — and would be perceived as achieving — very different levels of success when it came to the two sides of its new mandate.

The Two Sides of UNESCO’s Mandate

As recent research has revealed, UNESCO experienced greater success in terms of EFA monitoring (see also Edwards, Okitsu, da Costa & Kitamura, forthcoming). That is, beyond simply engaging in the required monitoring activities, the Global Monitoring Report (GMR) was seen as being a high quality and impactful publication in the field of global education policy. It has been found that the GMR was relied upon within and beyond UNESCO. For example, UNESCO frequently used it in its EFA leadership work (i.e., in the EFA Working Group and the High Level Group, more on this below).

Elsewhere, transnational civil society, other international organizations, academics, and, to a lesser extent, national-level NGOs and policymakers refer to GMRs to inform their advocacy and activity. Moreover, in that each GMR reported on progress towards EFA while also examining a particular theme in an in-depth fashion, the GMR was able to help keep the focus on all six education goals (as opposed to the two specified in the Millennium Development Goals) in addition to drawing attention to timely issues (e.g., education in conflict, marginalized populations, inequality) — and it tackled both of these tasks through systematic and evidence-based reporting that lent credibility to the issues. However, beyond its trusted statistics, its quality production, and its incisive analysis, two other reasons have been given for the success of the GMR. First, its organizational context: While the GMR is housed within UNESCO’s headquarters, it enjoys strategic freedom (e.g., on how it spend its funds) and complete editorial independence. Second, the GMR has latitude in hiring practices: As recalled by John Daniel, former Assistant Director-General for Education: “Director-General Matsuura made no attempt to interfere with the management of [the GMR]. This meant that we could appoint a series of outstanding leaders: Chris Colclough; Nick Burnett; and Kevin Watkins”. According to numerous interviewees, these directors were credible across the global education policy field and respected by UNESCO’s peer institutions. By hiring on merit, the GMR was able to ensure consistently quality analytic outputs.

UNESCO’s experience contrasted with that of the GMR. While UNESCO certainly got a confidence boost from Dakar, and while the new mandate led the Director General to refocus the organization’s efforts in the education sector around EFA, it ultimately struggled with the EFA leadership and coordination side of its mandate. UNESCO’s primary EFA coordination mechanisms were the High Level Group (HLG) and a Technical Working Group (TWG).[1] The TWG served its purpose in that it was a site of information exchange for the participants (who were representatives of governmental bodies, bi/multi-lateral organizations, and civil society), but it was seen as less effective in filling its guidance function—that is, in providing inputs to the HLG that could stimulate action around EFA. A primary source of TWG’s ineffectiveness stemmed from the fact that it did not produce specific suggestions for the HLG.

For its part, the HLG was limited for a few reasons in its ability to facilitate political action and resource mobilization to ensure progress towards EFA goals. These reasons include meetings that were not well-structured, changing HLG membership, and the fact that political actors of the highest level did not participate (e.g., rather than heads of state, as intended, lower-level governmental staff attended). These issues made it difficult for substantive dialogue to occur, let alone for global political commitment to materialize as a result of the communiqués put out by HLG.

More broadly, though, UNESCO’s EFA coordination work was hindered by the challenges of the organizational context, including limited resources, personnel turnover, insufficient staff allocation to support EFA coordination, and numerous education sector restructurings, among other issues. Given this predicament, it is not surprising that observers have judged UNESCO’s performance on EFA poorly. According to one interviewee: “With one or two shining exceptions, they have not provided the sort of intellectual leadership that many people would expect UNESCO, as the leading UN agency on education, to provide.  They have not been able … to recruit the best of the thinkers in the world on education. … It’s a challenge for any big organization.  But I think UNESCO is particularly bureaucratic, by all accounts, … particularly dominated … by internal micro-politics.”

The Importance of Relative Performance for Legitimacy

For UNESCO, meeting expectations around EFA leadership would have required it to be seen as having successfully sustained the sense of momentum felt in Dakar, to have successfully coordinated and led its peers in education policy and successfully motivated and supported countries to develop and implement plans to achieve EFA. This is obviously a very tall order, and one which some suggested was too great for any one agency, let alone UNESCO, given the internal and external constraints it faced. But it was these expectations that UNESCO took on, and it is these expectations against which it is judged.

There were also some external challenges to UNESCO’s legitimacy. Most notably, the creation in 2002 of the Fast Track Initiative (FTI) by the World Bank stole UNESCO’s thunder with regard to EFA leadership. The attention of donors—and their money—flowed to the FTI, and its focus on universal primary access. Similarly, other conveners of the World Education Form at Dakar such as UNDP and UNICEF shifted their focus away from EFA collaboration, thus making it even more difficult for UNESCO to maintain momentum and support after 2000.

These obstacles were not experienced by the GMR. In fact, the experience of the GMR was the inverse of UNESCO’s, as the GMR is an independent and well-staffed entity that was funded by outside organizations and which did not have to coordinate with outside entities.

In the end, important differences emerge. First, the GMR enjoyed a rather closed organizational arrangement that shielded it from the larger organizational challenges being faced by UNESCO. Second, the GMR employed a robust, high quality staff and secured an adequate budget while UNESCO has suffered from resource shortages and staff cut-backs. Third, the GMR was a new player that had realistic expectations to meet and which, suffered neither from a track record of (perceived) poor performance nor from competition (or non-cooperation) from rival reports. UNESCO, for its part, had the weight of the EFA mandate, the weight of decades of unmet expectations, and the weight of uncooperative peer institutions. Taken together, these factors explain the differential success and perceived legitimacy of the GMR, on the one hand, and UNESCO’s EFA leadership, on the other.

One lesson to learn from this may be that UNESCO should consider partnering with peer institutions to ensure that the new mandate for 2030 is not only fulfilled but that it this done in a way that meets expectations. That is, in the context of the recently adopted Sustainable Development Goals, while the new incarnation of the GMR (now known as the Global Education Monitoring Report) is likely to continue its record of success, UNESCO is at risk of facing the same challenges going forward that it did during 2000-2015 when it comes to leadership and coordination more generally. Thus, if UNESCO is not able to address these weaknesses, one practical—though perhaps politically unviable—option would be to collaborate or to partner with other organizations that possess the necessary resources, stability, and clout to maintain momentum towards the education-related portion of the broader Sustainable Development Goals.

[1] Also known as the Working Group on EFA.

Edwards Jr., D. B., Okitsu, T., da Costa, R., & Kitamura, Y. (forthcoming). UNESCO, Education for All Coordination, and the Global Monitoring Report: Efforts towards and impacts of legitimacy during 2000-2014. International Review of Education.

Brent Edwards Jr is an Assistant Professor of Theory and Methodology in the Study of Education at the University of Hawaii at Manoa. Email dbrente@gmail.com