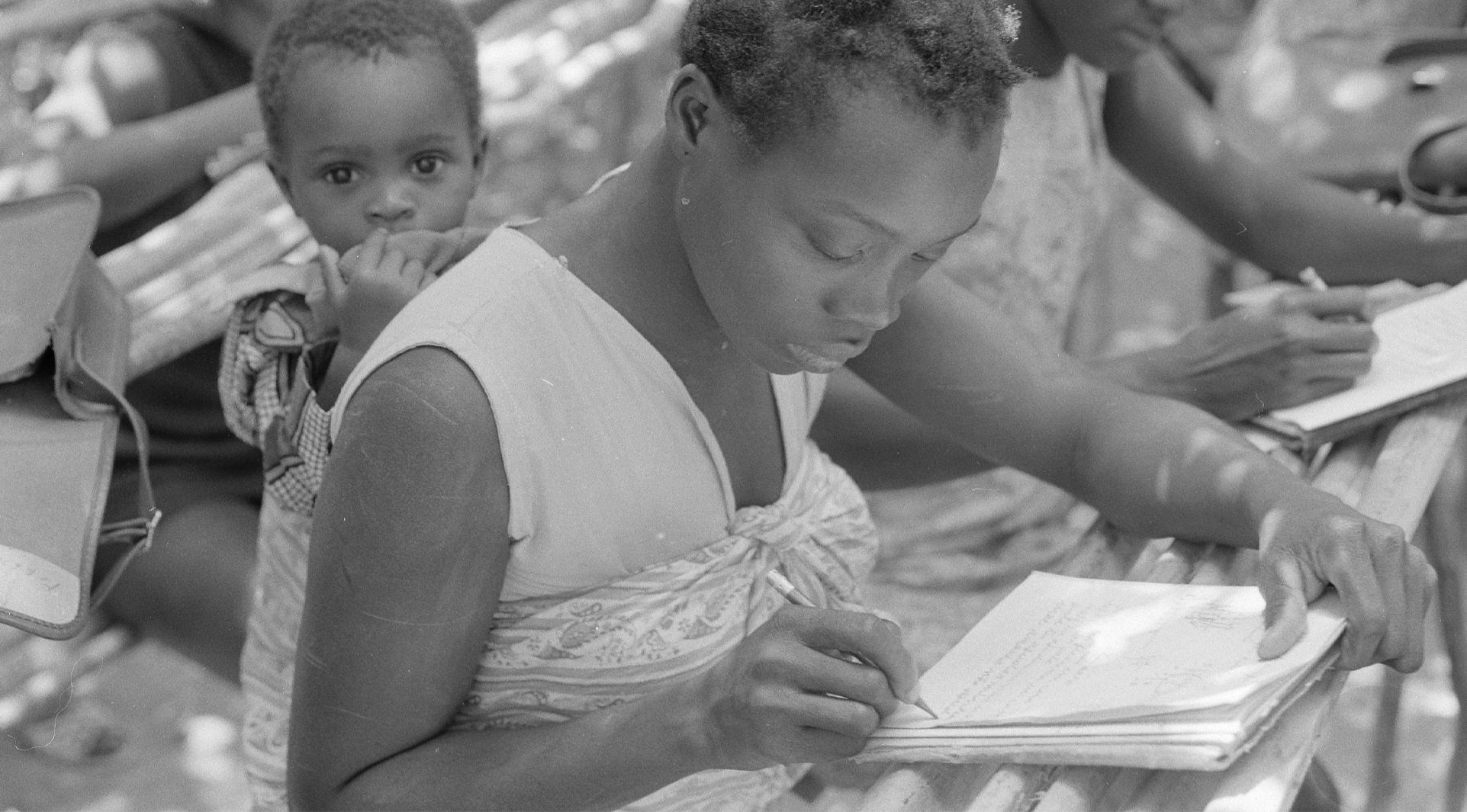 NORRAG Executive Director, Moira V. Faul, and Oakleigh Welply, Associate Professor at Durham University, recently published an article in Issue 10 of Global Challenges, the Graduate Institute, Geneva’s flagship publication. In this article, Moira V. Faul and Oakleigh Welply examine the remaining inequalities of the colonial experience in education across five spheres: teaching, research, institutions, estates, and reparations. The authors call for decolonisation across each sphere which will enable education to live up to its potential as a transformative space for individuals and societies. Read the article below.

Colonialism and education are closely interlinked. The role of education in colonialism is undeniable. Historically, education systems were used – and abused – in efforts to control colonies. In 2021, African children are taught history of the global North and tested to Northern “standards”, while children in the North are not systematically taught African history nor assessed against African knowledge systems. The content and practices of education have colonised minds: knowledge systems developed in the global North, based on an ideal rational scientific model, dominate educational thinking and practices.[1] The dominance of Northern “standards” permeates education, both internationally through unequal comparisons (such as PISA) and domestically through the reproduction of injustice and oppression within educational systems,[2] to the detriment of other knowledge systems and the peoples who embody them.[3] Thus, the African, Asian and Latin American women and men who defend their societies and land are described in Western media as “environmental activists”, ignoring the more holistic conceptualisation of the environment, society and economy that informs their ontologies, epistemologies and affective systems. Rather than enabling legitimate concerns to become dominant, that which dominates has become legitimated.

Calls for decolonisation stem from lived experiences of inequalities that reflect historically uneven power relations and legacies of colonialism. Hence, decolonising education – as other sectors – demands recognising a historically specific set of colonial power relations, and how they continue to play out in structures, institutions, relations and processes today. Academic research enables tackling and theorising continuing inequalities by situating lived experiences within wider structures and discourses of oppression, and showing what is missing from the usual stories we tell ourselves.[4] It is no accident that one of the signature moments that popularised decolonisation took place in educational settings: from Grahamstown, South Africa to Oxford, UK, the Rhodes Must Fall movement was inspired and invigorated on university campuses.

What does decolonisation mean for education? Education has long been idealised as a transformative system that can address social inequalities and promote democracy. Yet, in practice, education is also a site of social reproduction which upholds one “canon” of knowledge to the exclusion of others. Decolonising education therefore requires interrogating historical legacies and dominant forms of knowledge, as well as how they contribute to favouring certain groups, countries or cultures over others. The educational philosopher Paulo Freire, for example, promoted teaching critical literacies that would enable communities to problematise and question their societies – to read the world as well as the word – thereby allowing for the transformation of education, peoples and societies.[5]

Such learning would be embedded in local realities, rather than notions of “universal” (read Western) “standards”. Decolonising education would therefore provide more relevant learning experiences for our students, and enable education to fulfil its potential for transformation.

We have identified five interrelated areas that require a decolonising approach in education: teaching, research, institutions, estates and reparations. 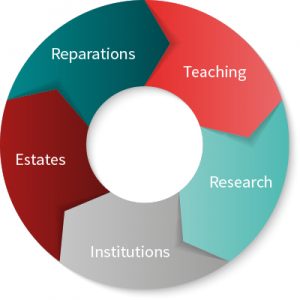 Teaching: Decolonising teaching notably includes questioning what we currently leave out of students’ education in terms of knowledge; changing pedagogies to be more inclusive, for example through open-ended, multilingual and multicultural practices; revising curricula to include historically excluded stories from marginalised communities (because of dis/ability, race, sexuality or otherwise); bringing students’ cultures, languages, gender and perspectives into classrooms; promoting respect beyond tokenism; and decolonising assessment by allowing different forms of knowledge and expression beyond testing against so-called “standards”.

Research: How we conduct research, and how we mentor students to prioritise certain types of research over others,[6] is deeply entangled with a colonial past that marginalised or silenced a large number of non-Western knowledge systems and ways of theorising.[7] Moreover, conducting research with the South requires nurturing meaningful and egalitarian partnerships, and avoiding extractive research practices that echo colonial era exploitation of raw materials (data) from colonies, while the added value of manufacture (or analysis) is carried out in institutions in colonising countries.[8]

Institutions: The imperative is to examine and address the ways in which the behaviours of faculty, students and staff feed into the perpetuation of historic inequalities, as well as identifying processes that may change these behaviours. Unequalising institutional structures and practices of recruitment, promotion and workload also require critical examination.

Estates: Decolonising estates requires scrutinising the names of the buildings, statues and portraits on campuses, and reassessing institutions’ – sometimes vast – investment portfolios and how they perpetuate the immiseration of populations in the Global South, whether through social, economic or environmental exploitation.[9]

Reparations: Institutions must examine the historical origins of the wealth that allowed their creation and flourishing, and take action to advance more justice-based outcomes. Actions would include integrating more students and faculty from communities that have been historically marginalised, such as at Harvard where scholarships were recently granted to descendants of the slaves sold to establish the university.

The primary reason to decolonise education is, simply, justice. Colonialism led to inequalities between countries, and between groups within countries. The purpose of decolonisation efforts is not to make people feel guilty, but to better understand the politics and power dynamics of what we do and how we do it; of where and how knowledge is produced and legitimated, by whom, and with what effect. Decolonisation requires us to take seriously the power relations that shaped the current world order and continue to sustain it. Decolonisation provides us with a more honest and evidence-informed appraisal of colonial pasts, and how they continue to be entangled with our present. Decolonisation crucially addresses what can we do to allow education to live up to its potential as a transformative crucible for individuals and societies. It is difficult to justify ignoring the perpetuation of inequalities forged in the colonial era. On the contrary, it is time to collaborate to build and foster decolonial educational practices.

About the authors
Moira V. Faul, Executive Director of NORRAG, an Associated Programme of The Graduate Institute, Geneva, and Oakleigh Welply, Associate Professor in the School of Education, University of Durham

The article is part of issue 10 of Global Challenges titled “Decolonisation: A Past That Keeps Questioning Us” which puts decolonialisation into historical perspective and fosters new ways of advancing social and historical justice through innovative approaches and fresh outlooks.

[2] Leon Tikly, Education for Sustainable Development in the Postcolonial World: Towards a Transformative Agenda for Africa (Routledge, 2020).