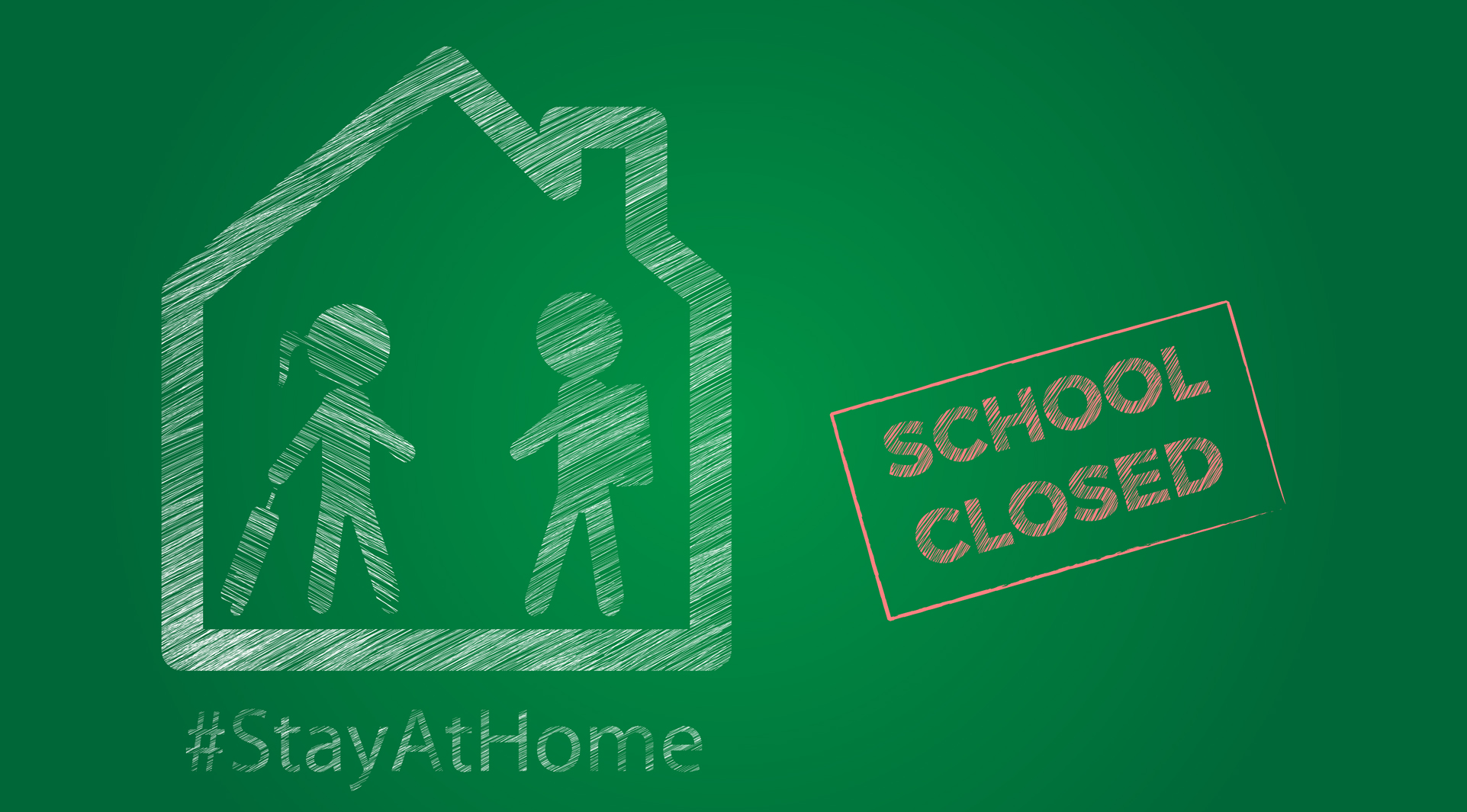 This NORRAG Highlights is contributed by Wajeeha Bajwa, an Advisor at NORRAG. The author discusses the educational crisis that could emerge if Pakistan does not to provide alternative educational options for students from impoverished backgrounds, who often don’t have access to technology. She suggests that alternatives to virtual education need to be found, so that children in the public education system don’t fall behind.

The Promise of Virtual Education in the Pandemic

The onset of the Covid-19 pandemic has led to global reliance on virtual education, to prevent the interruption of academic progress in schools and universities world. Yet, the efficacy of virtual education is a debated topic. Some scholars go as far as to argue that virtual education yields stronger or outcomes equivalent to traditional pedagogical approaches, whereas critics claim that there is an insufficient empirical base to qualify the outcomes of virtual education. Empirical evidence from the United States (U.S.) suggests that virtual or blended learning (a combination of both virtual and traditional pedagogies), when provided by the private sector, yields lower performance results compared to public schools. However, results are noted to improve when virtual provision of education is overseen by school districts.

In the developing context, the completion rate for open access online courses stands at approximately 55%, and its use is generally discouraged when sufficient budgets required for up-front investments is Information and Communication Technologies (ICT) goods and infrastructure are not available. Scholars have also pointed towards the deepening of educational inequities through virtual and blended learning approaches, between those who have access to ICT, including high-speed internet, and those who do not,

In Pakistan, the federal government called for all educational institutes, that have been closed since mid-March, 2020 to continue to remain shut until May 2020. Global educational responses seem to necessitate a dependency on virtual education to allow students in this situation to continue their educational progress. Yet, rural and impoverished students, especially those in public schools, do not have access to ICT equipment and infrastructure required for virtual learning. This means that the educational progress of over 47 million children (as per educational statistics from 2018)[i]  formally enrolled in public schools, who do not have any access to virtual education, is at risk. Such disruption to their education threatens to exacerbate educational inequities, the effects of which will reverberate long after the pandemic ceases. Pakistan must either step up by instituting virtual education at public schools nation-wide, or it must come up with an alternative solution.

In Pakistan, where educational supply and demand side issues coupled with stagnant public spending in education, limited access to education especially in rural areas, and for impoverished populations in urban areas, virtual education has been perceived as a potential substitute for traditional education – albeit at the university level. Here, even prior to the onset of the Covid-19 pandemic, in the context of globalization, virtual educational platforms were being increasingly utilized to pursue educational development goals in line with international commitments specifically those made under the Sustainable Development Goal 4 – “ensure inclusive and equitable quality education and promote lifelong learning opportunities for all”

The National Education Policy 2017-2025 further recognizes virtual education as a means to equip larger proportions of Pakistani youth with the skills required to compete in a knowledge economy, thereby generating and sustaining national economic growth.

Yet, the public sector has curbed the digital divide to a certain extent at the higher educational level, in line with policy-level commitments. Here, The Prime Minister of Pakistan Laptop Scheme, a public body, that was launched in 2013, provides laptops to high-performing students enrolled in accredited universities, including those only providing remote learning opportunities, such as the Allama Iqbal Open University (AIOU).[ii]  A PPP – The Digital Learning and Skills Enrichment Initiative (DLSEI) – was rolled out under the Laptop Scheme, in partnership with Coursera to provide Pakistan students who have received laptops, access to one course, free-of-cost, to enhance their employability It was due to such pre-existing capacities and experiences, that public authorities, specifically, the Higher Education Commission (HEC), following school shut-downs in mid-March, immediately set into motion plans to deliver lectures virtually for over 70 university-level courses.

While learning at the primary, middle and secondary school level (Grades 1 to 10) in public schools has come to a halt in the country since mid-March, virtual learning at private schools on the other hand, catering to the upper middle and upper classes, immediately began providing e-learning through free-of-cost applications – such as Skype – and paid platforms such as Zoom and Edmodo. Google hangouts is also being availed as its advanced features are being provided free-of-cost to battle the educational impacts of the pandemic globally.

Many private schools, in the capital city of Islamabad at least, were already employing blended learning approaches in the form of smart boards prior to the onset of the pandemic. Low-fee private schools on the other hand, that have been established under extensive support from key international donors, to provide quality education to poor children, remain deprived of virtual educational opportunities, similarly to public schools.

The digital divide between higher educational and private schools in Pakistan vs low-fee private schools and public schools has been brought to the fore by Covid-19. Global responses call for this divide to be addressed in order to minimize long-term effects on educational outcomes for children and youth. While the government has mobilized virtual education rather swiftly at the higher educational level, this capacity is not transferable at the school level, due to a lack of pre-existing investment in ICT equipment and infrastructure.

While there are Edtech start-ups attempting to provide virtual learning to public school students at the provincial level, their outreach is limited to a hundred thousand students at most. Furthermore, their support seems dependent on students having access to ICT equipment, on which they may download learning applications; such start-ups do not have the financial or ICT capacity to reach students individually.

To battle the impact of the Covid-19 pandemic on Pakistan’s public educational sector holistically through virtual education, large-scale investments will need to be made on a priority basis to close the digital divide and meet the learning needs of 47 million out-of-school children. However, the absence of public discourse on ensuring continuous educational provision of children in public schools during the pandemic-induced shutdown of schools indicates that such investments are unlikely in the short-run; rather the focus is on ensuring the basic survival needs of the country’s impoverished populations who rely on daily wage income in the informal economy, which has come to a halt.

This necessitates a strategy for Pakistan that is built upon pre-existing resources. Given that even the remotest villages and poorest households have access to radios, and many villages have homes with television sets, instead of advancing towards digital technologies, the solution to the emerging educational crises may lie in reverting to traditional forms of communication.

To this end, whilst attempting to mobilize resources to develop and deliver ICT infrastructure and equipment, the government must immediately consider developing and releasing lessons for students in public schools (who follow a uniform national curriculum) through radio and television – as per the traditional AIOU model that had a distance learning model that was premised on broadcasting lessons on public television.

Pakistan, along with the rest of the world, is facing an unprecedented situation that threatens to undo hard-won gains in education over the past decades. To adequately overcome the crisis, it may need to look at what resources it has at hand, and how they can be optimized, instead of attempting to keep pace with emerging virtual teaching and learning standards, which it does not possess the infrastructural, or financial capacity to establish or sustain at the school-level.

[i]  This figure is based on enrollment in Grades 1 to 10 in per the most recent, Pakistan Bureau of Statistics report. It is assumed that this figure only covers students in public schools.

[ii] The Allama Iqbal Open University is Pakistan’s first virtual university that was established in 1974. It delivered lessons at scheduled times on national television to allow distance learning for rural and impoverished urban populations.

About the Author: Wajeeha Bajwa’s email address is bajwa.wajeeha@gmail.com