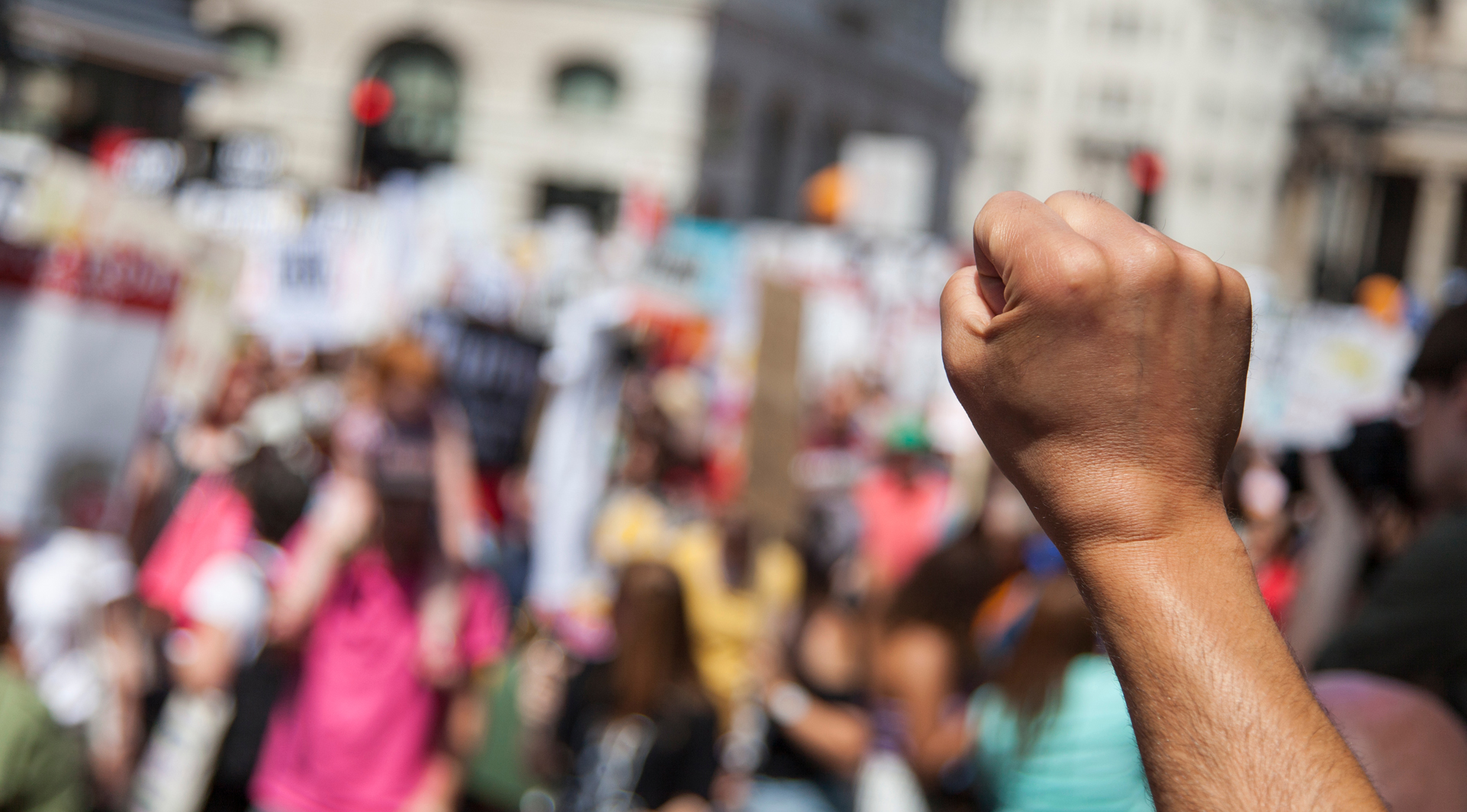 This NORRAG Highlights published by Rebecca Tarlau, Assistant Professor at The Pennsylvania State University, looks at how teacher activists in Brazil, Mexico, and the United States have responded with “oppositional unionism” to policies which emphasize teachers as the major barrier to providing quality education. The author explains why internal union dynamics – as a response to certain historical factors – are important for understanding the current moment of teacher protest and educational change.

In Brazil, President Jair Bolsonaro, a self-declared supporter of dictatorships, torture, and persecution of sexual minorities, is waging a full-out attack on teachers, accusing Brazilian educators to be ideological minions that indoctrinate their students with communist propaganda. Bolsonaro is also deepening his predecessor’s austerity policies, most significantly, by attempting a major throwback of the public pension system that will affect millions of public sector workers and their families across the country. In Mexico, educational reforms implemented during the previous administration sought to “rationalize” the public schools by strictly linking teacher hiring to test scores, breaking what govern officials refer to as the monopoly power of the national teachers’ union. The current left-leaning president, Andrés Manuel López Obrador has challenged some of these policies, while leaving others in place. In the United States, President Trump’s Secretary of Education Betsy DeVos is known for her enthusiastic support of school choice, voucher programs, and charter schools. For the past two decades, these market-based reforms have decimated the funding for public education in major urban centers throughout the country.

We are clearly in a moment when the future of the public education, globally, is shifting. A major thread throughout all of these policy changes is an emphasis on teachers as the major barrier to providing a quality education. Yet, despite these attacks, in all three countries teacher protests are also on the rise. In Brazil, educators represent a majority of the workers that have taken to the streets to save the pension system. In Mexico, dissident teacher movements in the southern states have refused to follow the new education reforms and continue to implement alternative educational programs in their schools. And perhaps most surprisingly, in the United States, teachers in conservative “red” states have organized state-wide walk outs to protest their working conditions, while unions in more liberal “blue” cities have organized strikes that condemn privatization as a direct attack on African American and Latin communities. 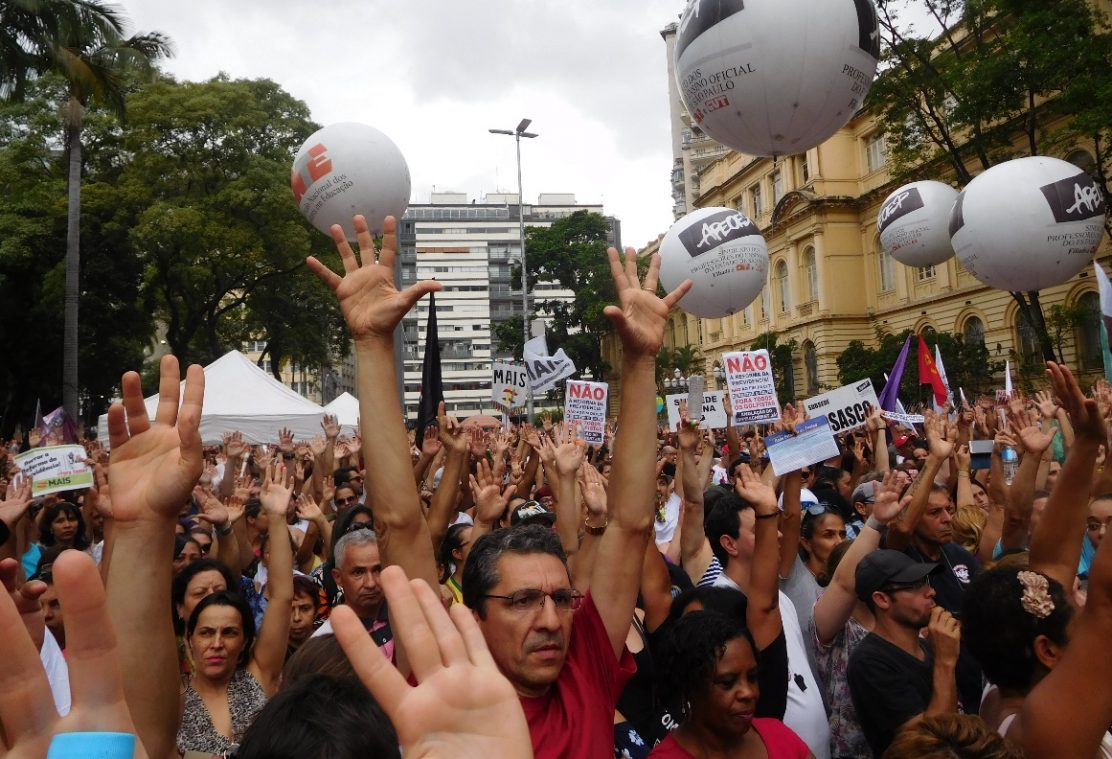 For the past two and a half years, I have been interviewing teacher activists in Brazil, Mexico, and the United States about the strategies they are employing to transform their teaching conditions, and their unions. I have found that the goals, visions, and values of teachers’ unions shift, depending on the national context and the ideological orientations of the actors who gain power within the unions at particular historical moments. In other words, historical factors shape teachers’ unions’ histories, actions, and theories of social change. Yet, teachers themselves have a lot of agency in shaping the direction of their unions.

Under what conditions do unions start acting beyond their own economic interest and become broader actors for social change? In my research, I have tried to answer this question by examining instances of “oppositional unionism” in Brazil, Mexico and the United States. Oppositional unionism occurs when teachers come together to contest the leadership of their unions and to transform their unions’ daily practices, priorities, and demands. In all three of these countries there have been oppositional union movements that have fundamentally changed the character of the teachers’ unions and their approaches to social justice and educational change.

In Brazil, the teacher opposition movement was born with the return to democracy in the late 1970s, as thousands of teachers took to the streets to condemn military rule. In 1980, these union leaders helped to found a new leftist political party, the Workers Party (PT), along with emerging grassroots social movements such as the landless, women’s, and black movements. Then, in 1983, these same groups came together to found the Central Union of Workers (CUT), a new oppositional union confederation. In other words, the teachers’ movements of the 1980s were part of a broader struggle to establish a new form of radical democracy in Brazil. It was a moment of hope, when it seemed that this bottom-up politics would be possible by taking state power through revolutionary political parties. The 1988 “Citizens’ Constitution” ratified the legality of these already-functioning teachers’ unions, solidifying these unions as central actors in the ongoing political disputes for the future direction of the country.

The Mexican government created the first teachers’ union in 1946, the National Educational Workers Union (el SNTE), as a single, national teachers union and supporter of the official government party, the Party of the Institutionalized Revolution (PRI). This national teachers’ union functioned as an electoral arm of the PRI, and its leadership remained almost entirely unchallenged until the 1970s. In 1979, the National Coordination of Educational Workers (la CNTE) was created to oppose the political control of el SNTE, gaining support among a majority of teachers in the southern states of Chiapas and Oaxaca and establishing a presence in Guerrero and Michoacán. La CNTE was not tied to a political party, and moreover, it rejected parties as a form of social change and embraced the autonomy of teachers. The primary concern for teacher leaders was to prevent the cooptation of the union, which was the incessant political strategy of the Mexican state. This resulted in the institutionalization of a series of practices that would ensure the constant consultation and participation of the base, the accountability of leaders, and the rotation of leadership.

In the United States, the first teachers’ unions formed in the late 1800s, but only had real force post-1960, after the NYC United Federation of Teachers (UFT) won collective bargaining rights in 1961. This led to hundreds of other teachers’ unions throughout the northern part of the country also winning collective bargaining rights. The teachers that won power in the UFT, however, were also anti-communist and aligned themselves to the Democratic party and U.S. imperialist projects such as the Vietnam war. For many decades, teachers’ unions were often perceived as in conflict with the interests of communities of color, epitomized by the Ocean Hill-Brownsville strike of 1968. A series of teacher strikes in the 1980s and 1990s brought national attention to the poor working conditions of U.S. educators, however, the national teacher union federations were largely complicit with the shifts towards high-stakes standardized testing and merit pay that intensified in the early 2000s. It is only more recently, beginning with the 2012 Chicago teachers’ strike, that a new generation of oppositional teacher activists have taken control of their unions and rearticulated their struggles as against privatization and in defense of communities of color.

Why are these internal union dynamics important for understanding the current moment of teacher protest and educational change? Although there has been a lot written about the global education reform movement, there is less research on how teachers are resisting these reform efforts. Even when the role of teachers’ unions is generally acknowledged, there are almost no studies on the radically different strategies that these teacher movements employ. In Brazil, oppositional teacher movements have attempted to build political parties that promote new visions of both education and political and economic society. In contrast, in Mexico the dissident teacher movement, mostly active in the southern part of the country, have rejected party politics and developed deep roots in communities, promoting grassroots educational initiatives and refusing to implement national reforms. In the United States, the teachers’ unions are often complicit with Democratic-led education reform efforts, but currently teacher activists with a more radical social justice vision are taking control of unions, using strikes to denounce their working conditions, fight against privatization, and critique the proliferation of charter schools. These teachers’ actions and strategies are incredibly diverse, but all of them hold the possibility of reshaping the future of public education. The similarities, differences, and internal dynamics of these teacher movements deserve our attention.

About the Author: Rebecca Tarlau is an Assistant Professor at The Pennsylvania State University affiliated with the Adult Education and Lifelong Learning program, the Comparative and International Education Program, and the Center for Global Workers’ Rights. She is the author of Occupying Schools, Occupying Land: How the Landless Workers Movement Transformed Brazilian Education (2019, Oxford University Press). Email: rtarlau@psu.edu