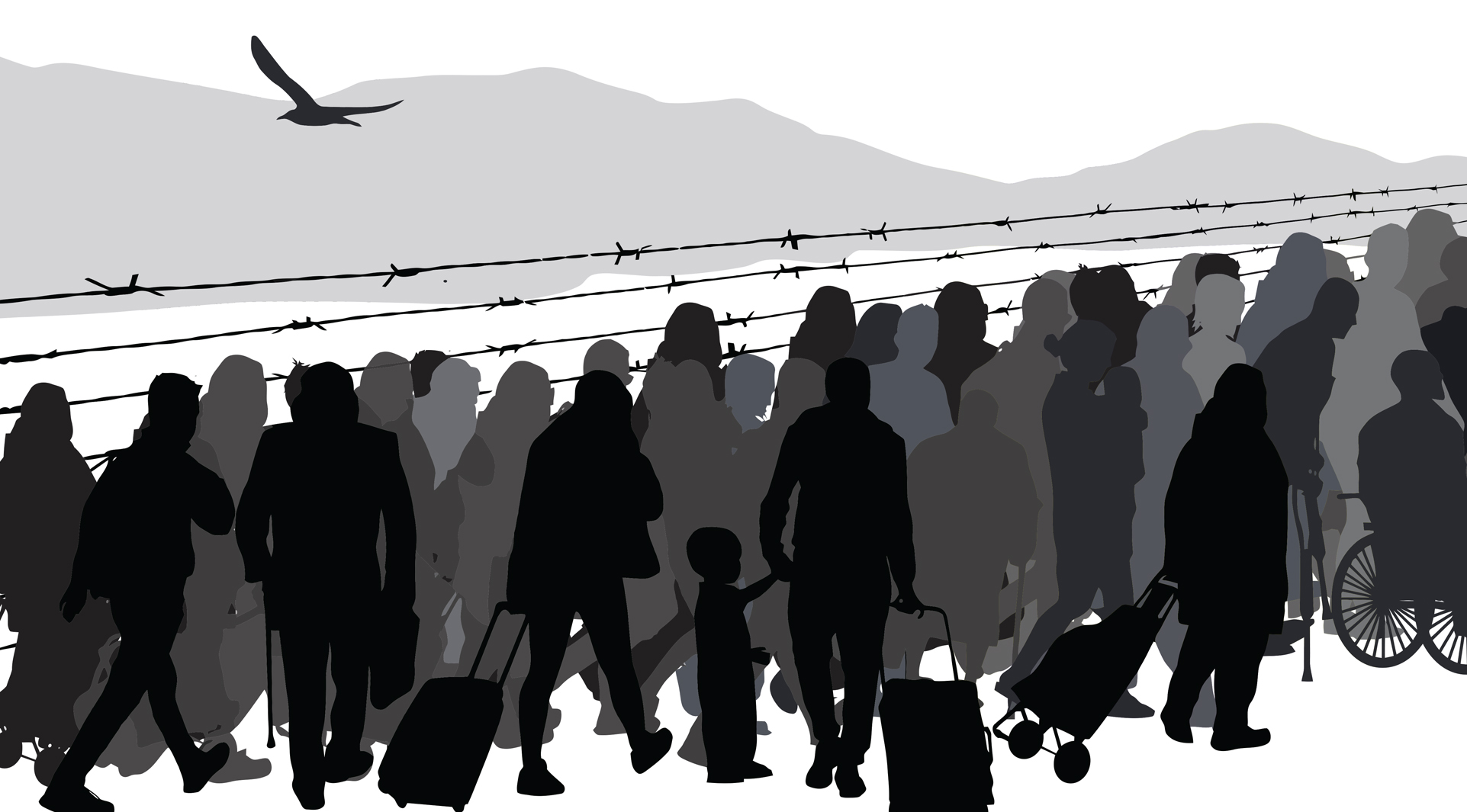 This NORRAG Highlights is contributed Arran Magee (Doctoral scholar in Education and International Development at UCL Institute of Education, University College London). The author comments on the 2019 Global Education Monitoring Report on Migration, highlighting that it does not use its resources to emphasize the major challenges faced in achieving SDG4, and that it should monitor international commitments and work towards a more equal distribution of global wealth, and the role education has to play in achieving this.

Few would deny that the annual Global Education Monitoring (GEM) report (previously the EFA Global Monitoring Report (GMR)) is one of, if not the widest reaching publications in the field of education and international development. Since the GEM report’s inception in 2002 (then known as the GMR) it has held a role in holding education stakeholders to account. In 2015 the publication series became enshrined in the Education 2030 Incheon Declaration and Framework for Action as “the mechanism for monitoring and reporting on SDG 4 and on education in the other SDGs’ with the responsibility to report on the implementation of national and international strategies to help hold all relevant partners to account” (UNESCO, 2018, II).

I had hoped the 2019 GEM report on migration and displacement could serve as an accountability platform for advocacy for the coming years for our relatively small and underfunded union. Unfortunately, I feel the 2019 GEM report – while impressive in its ability to gather and distribute a vast and fascinating dataset – falls just one step short of utilising its resources to really emphasise the major challenges faced in achieving SDG4.

In light of a flurry of new declarations (UN, 2016), frameworks (UNHCR, 2017) and most recently Compacts in relation to migration and forced displacement (IOM, 2018; UNHCR, 2018), there certainly appeared to be plenty for the GEM report to review, and a major role for it to play in holding stakeholders to account as per its global mandate.

The GEM report does well to hold actors to account for the first of these two commitments. It highlights states where inclusion has not been achieved, the challenges, needs and gaps that remain, and the potential benefits of education for displaced communities and host communities alike.

Yet for the second commitment of the Refugee Compact on the international community’s responsibility to provide support and incentivise integration policies, the report seems far too quiet. If the long-term benefits of a move to integration into national education systems are to be “considerable for both host governments and refugees” as the GEM report proclaims in one of the few uncited statements (p. 61), this dimension is of great importance. Trying to convince potential host countries that opening their borders and school systems to refugees must sound incredibly hypocritical when such a large number of donor countries adopt opposing policies. Protracted displacement of more than 5 years has become the new norm (Devictor and Do, 2018), even the countries serving the most politically high-profile crises suffer from unpredictable funding and the constant threat of cuts long before needs abate (Rau and Van Esveld, 2017). As the 2019 GEM report notes itself, aid to lower-middle income countries tends to fall faster than their tax revenues rise to fill gaps (UNESCO, 2018, p. 244), giving yet more reason for host countries to approach the promise of sustained international support with scepticism.

Education stakeholders, including refugees are also likely to approach the commitment with scepticism. It has often been observed that ‘solutions’ proposed for displaced populations evolve to suit states, rather than refugees (Jacobsen, 2002; Barbelet, Hagen-Zanker, and Mansour-Ille, 2018; Lenner and Turner, 2018). USAID overtly captures the global sentiment in their 2018 paper titled “Shared Interest: how USAID enhances U.S. economic growth”, outlining how “USAID is both from the American people and for the American people” (USAID, 2018, p.1). As Cole (2018, p.2) convincingly argues, “if refugees have become objects which are quantified, valued and traded – commodified at its most extreme – then it is clear what direction the re-valuation of refugee status is going in for states but less clear as to what its remaining ‘value’ is for refugees”. Assessing the steps taken by stakeholders to ensure the direction of recent policies, approaches and interventions favours host communities and refugee populations is an area the GEM report should have placed far greater emphasis.

In 2015, the EFA Global Monitoring Report estimated a global SDG4 funding gap of US$39 billion (UNESCO, 2015). For refugees, the 2019 report estimates refugee education, excluding Palestinians received just over US$800 million in 2016, representing only one-third of the annual external financing need of US$2.4 billion (UNESCO, 2018, p.252). The report suggests “there are three solutions for filling the gap”:

Yet throughout the GEM report, its first and most viable solution to bridging the funding gap is severely underemphasised, giving a pass to stakeholders that should have been held to account. In 1970, members of the OECD Development Assistance Committee (DAC), consisting of the world’s major donor countries, committed to a 0.7% target of gross national income and have repeatedly re-endorsed the commitment at international aid and development conferences (OECD, 2019). In 2015, the EFA Global Monitoring Report estimated that if all OECD DAC and selected non-DAC donors allocated 0.7% of GNI to aid and 10% of their aid portfolios to basic and secondary education then the entire US$39 billion global annual funding gap could be filled (UNESCO, 2015). The 2017 GEM report, entirely dedicated to the topic of accountability in education noted that “the greatest concerns have to do with donor accountability for ensuring that adequate, effective, predictable and well-targeted aid for education reaches countries in need”(UNESCO, 2017, p. 102). DAC donors still give less than half of the 0.7% target (Manuel et al. 2019),[i] yet in 2019, the GEM report reflected a trend of failing to sufficiently emphasise this fundamental issue in favour of quixotic proposals of closing the funding gap – perhaps better described as a funding abyss – by increasing education’s share of existing aid allocations and tapping into development aid budgets.

Seemingly distracted by the competition over limited resources, the report omits analysis of why resources are so limited in the first place. According to the 2019 GEM report, US$4.7 trillion is spent on education around the world every year: US$3 trillion (65% of the total) on education in high income countries and US$22 billion (0.5% of the total) in low income countries, despite the two groups having a roughly equal number of school-age children (UNESCO, 2018, p. 235). If publications like the GEM report are going to play a successful role in accountability, much greater emphasis needs to be placed on monitoring international commitments, working towards a more just distribution of global wealth (Cobham and Klees, 2016) and education’s role in achieving it (Magee and Pherali, 2019).

About the Author: Arran Magee’s research centres on education in emergencies with a particular focus on transformative education for conflict-affected forced-migrants. Over the past decade he has undertaken research on EiE across a range of countries, including Jordan, Syria, Bangladesh, India and Afghanistan.

[i] A number of countries currently carry the weight providing over their share to be able to reach the current levels. See (OECD 2018) to compare your country.