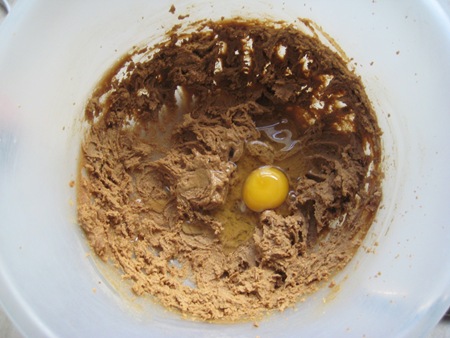 The 12th September NORRAG  workshop on education and skills post 2015 was a wide-ranging discussion on the objectives, actors and levers of the post-2015 agenda.  As Simon McGrath pointed out in his earlier post, participants looked at issues related to the universal nature of the goals, development  theory in general, the relationships between global and local, and the imbalance between North and South in terms of policy conception and analysis (see the other related NORRAG blog posts on the 12th Sept meeting here: part 1, part 2).   We also took a look at the driving forces behind Education for All (EFA) (the “industry”) and how its configuration might change post-2015. This post aims to continue the debate by looking at some of the flaws in the original EFA design.

Turning around troubled schools – or indeed educational systems – as Anthony Bryk  and colleagues have pointed out, is like baking a cake: one needs the right ingredients, in the right proportions, baked at the correct temperature. Tampering with just one is “like poking the raw batter with a toothpick”. The past twelve years of EFA have seen considerable progress in school enrolments. Unfortunately progress in pedagogy, or indeed learning, has not been an automatic result of increased enrolments. It seems the discourse will now shift from enrolments to quality, and we risk in a few years finding that we are still poking the raw batter, only with a different toothpick.

There has been very little discussion in policy, academic and NGO circles about whether or not the EFA goals of 1990 and 2000 were a good idea in the first place. Of course, the aim to open more and better learning opportunities for everyone throughout life is both a noble aim and a pertinent one. But, the process of setting targets is an entirely different matter.  For starters, let us remember that there has never been, in the history of the United Nations, an education target that has been met. The first education target set by UNESCO in 1961 was for universal primary education in Africa by 1980. The dates and contours of universal education over the world have been several times re-described and moved since then as a reaction to the non-achievement of the previous aims and goals. The agenda or EFA did have the effect of focusing national policies, and to a significant extent both external and internal resources, on primary schooling.  But the defects, opportunity costs and perverse effects of this focus remain insufficiently examined.

I am struck by similarities between high-stakes testing in schools and the race to reach the EFA goals. Why do I make this parallel? Because both paradigms have the effect of shining a spotlight on a few easy-to-understand themes that are attractive for politicians but do not address the overall question of how to build good schools and good educational systems [i]. Both purport to address universal problems, but do not look at the devil in the detail. Neither is without significant opportunity costs. They are, in other words, poking the batter of the quality education cake.

Let us look at four problems with high-stakes testing that also apply to the EFA goals.

EFA has been justified on the grounds of high rates of return to primary education (both individual and societal), contributing to national development, poverty reduction, gender equality, fertility reduction and many other things. However, its causal relationship to these, as well to any general development theory is, as McGrath pointed out, somewhat unclear. The excessive focus on measurable targets and benefits is a distraction from recognition that education is a public good and that quality learning for all is a human right.

Ownership has for some time been part of the development vocabulary.  Nevertheless, the principal actors designing and pushing the EFA challenge are representing the developing world but not necessarily of it. They are primarily based in the developed world (including this writer). The number of post-2015 events and reflections planned by the countries most behind in achieving the EFA goals is limited, to put it gently. The implementation, though, falls upon people who are facing real-life obstacles and contradictions and who will inevitably be forced to ignore these partially or completely in focusing their attention on metrics and management of universal schooling.

3.      Counting what can be counted, not necessarily what counts

Although the EFA monitoring team and international institutions have constantly emphasized that EFA cannot be summarized by enrolments, it is enrolments and teacher recruitment that have had the primary focus and attention of the goals.  We have recently seen a renewal of attention to quality in the EFA discourse, as the evidence has mounted of the ineffectiveness of pushing the enrolment acceleration beyond the capacity of countries to carry it out with any effectiveness in terms of learning. But the reaction of the international community seems to be to work harder to develop metrics intended to measure skills and learning across the board. Implementing these metrics effectively in impoverished situations will be impossible and will certainly distract from actual teaching and learning activities in situations where there is no elasticity in the system.

Opportunity costs are many. Resources are not unlimited, and the focus of EFA has certainly had the perverse effect of distracting attention from whole system improvement. Accelerated teacher recruitment, to take one example, has necessarily reached out to unqualified candidates in many countries. These teachers are in the system in tens of millions now. They are sometimes demotivated, with unstable contracts and few opportunities to become qualified. Some teach competently, some badly or not at all. Over time their presence has the effect of lowering the status of the entire profession, driving out qualified teachers and lowering the quality of the applicant pool. Building back up the status and quality of the profession back up is a long-term challenge, and in the meantime overall education quality suffers both in reality and in the perception of users. Vocational education, secondary education and higher education have also suffered in poorer countries as resources have lacked for improving quality or expanding opportunity.

For NORRAG members who are concerned about how priorities are set and why, a look at post-2015 in the light of opportunity costs and perverse effects of EFA offers a significant and worthwhile effort: they can do their bit to make sure local actors are setting the agenda, they can help ensure the big picture as well as local realities are an integral part of any objective, and they can define the what and how of the education systems they are trying to build. The final cake will always have to be baked close to where it is eaten, and if it provokes indigestion, the local community will be the first to feel the effects.

[i] This is not the place to launch into the various possible definitions of “good”. For this post, we will just settle for “equitable” and “focused on fostering a broad range of cognitive and affective skills”.

Alexandra Draxler was an education specialist at UNESCO. She is now an independent consultant. Email: a.draxler@gmail.com