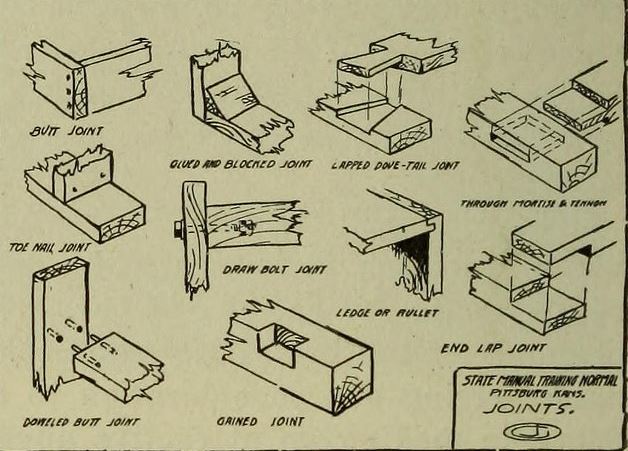 An August 2014 article in the Economist referred to the vocational sector as being the ‘detritus of an industrial era rather than the handmaiden of a new economy’. Citing the ‘twin curses of low status and limited innovation’, the Economist cites the McKinsey report  in which students in four out of seven European countries surveyed were discouraged from vocational education as a result of the ‘disorganisation’ and ‘lack of prestige’ of the sector compared to universities. If we were honest, we have to admit that this is indeed the case in a number of emerging economies as well. Indeed, poor vocational education enrolment is compounded by even more serious disengagement from the world of work. While we could contest the wisdom of blaming the sector for this lack of engagement with the wider economy and its disorganisation and decay, there is perhaps a need to identify where this comes from and perhaps more importantly, why and how it can change so that the sector can take its rightful place as a legitimate sub-sector of the national education and training systems.

It is clear that the various skills challenges that a country faces does not rest entirely with the vocational sector itself. The fact that it has not kept pace with the changing economic realities (as initially envisaged) suggest that some serious re-thinking is necessary. This is especially so in emergent economies with the deep seated social and economic challenges that have potential to create considerable upheaval. We therefore have to get back to the drawing board regarding the key question of purpose, mission and vision of vocational education, referred to in the international discourse as Technical, Vocational Education and Training, or more recently Technical and Vocational Skills Development (TVSD).

Let us begin with the purpose identified in the international discourse during the colonial era, underpinned as it was by a link with an economy crafted on the basis that the benefits of industrialisation were expected to flow to the colonies and that the skills systems needed to be responsive to this new reality. The current discourse has, of course changed. The sector is considered to be tasked with the responsibility of skills for work and further learning so that it advances the ‘human, social and environmental aspects of development’ (see UNESCO, 2012). However, the reality is that it is still embedded in a formal industrial economy discourse, and stuck in a time-warp that has not been radically unseated. It therefore carries its label of the handmaiden of an industrialised economy as a crown that has lost its glimmer.

This means that the traditional responsiveness of the sector to develop a mid-level skills corps for a widening industrial labour force, primarily driven by mining/agriculture extraction and manufacturing needs to be radically redefined as economies have transformed. The fact is that the very nature of the economy and labour market has changed.

The challenge of a shrinking formal technical employment market means that a new story needs to be written regarding notions of development.[1] Jobs are a central concern for those in developing countries, where obtaining decent work and employment is slowly becoming more and more elusive. Since the industrial model and the expansion of the formal economy is less likely to be the panacea promised by some economists, the reality has to be understood and taken on board.

It is no wonder, therefore, that the TVET sector, as traditionally crafted, has ceased to be the handmaiden of an economy, when the very notion of economy has changed over time. In emerging economies, the lack of a vibrant and expansive formal economy means that if the sector is still to be responsive to national development prerogatives, it has to take on board the new reality and change accordingly.  As a recent report on African TVET pointed out, ‘…at least three out of four jobs are created by the self-employed and micro/small business entrepreneurs, who are the principal drivers of the local, national, and sub-regional economy’.[2] The reality of this “new” development and its absence in global discourse suggests that a new story has to be written and taken on board in the emerging world.

In both emerging and high income contexts, the danger of not crafting a responsive TVET agenda for a new era has the capacity of undermining its core purpose and leads to disconnect.  Current purposes must respond to the objective conditions of inclusive economic and social development that many of those in the emerging economies face. This means that the sector has to respond more effectively to the national development discourse; whether it is infrastructural development, developing small business; entrepreneurship development or enabling targeted national resources. Ensuring that the sector supports the advancement of achieving ‘sustainable livelihoods’ for all in support of the drive for inclusive development has to be a key feature of its overall thrust.

Understanding that the purposes to which TVET has subscribed over the past few decades and how that reality has changed is an important way of beginning the process of renewal. TVET needs to respond to the economic and social development trajectory in individual countries. Perhaps the notion of TVSD, which incorporates all of the varied forms of skills development and argues for widening the basis for skills development outside of the formal (traditional) structure, is an important start to this renewal. There is clearly a need for re-thinking the purposes of the mid-level skills development sector as it responds to various sectors not traditionally responded to.

Yes, we could be deceived into thinking that vocational education is ‘detritus’ of that bygone industrial era and if understood in that way, there will be a strong case for consigning it to the rubbish heap of history. But this misses the point about its new mission, vision and purpose. As a sector that engages the various skills and challenges that face societies, it can serve as our saviour for the beginning of a brand new era of inclusive development. TVSD should enable and enhance the meaningful participation of those that other education and training forms are unwilling, or perhaps unable, to respond.  As Thomas Piketty insightfully reminds us, ‘It is obvious that lack of adequate investment in training can exclude entire social groups from the benefits of economic growth’ (Piketty, 2014). Thus the ‘diffusion of knowledge and investment in training and skills’ needs to take centre stage if we are to resolve the key contradictions that we are all aware of. If we are to respond to the reality of a world where rampant inequality, poverty and unemployment is likely to be considerably exacerbated by the lack of skills, there is a need for ensuring that all our education and training entities are appropriately directed to respond to the  real issues of national development. Skills have to be the solution, rather than the basis for the societal inequality that we know needs to be resolved at every level.

Salim Akoojee is an Adjunct Associate Professor at the University of the Witwatersrand, Johannesburg. He currently lives in Hong Kong. Email: salimakoojee@live.co.za

[1] In his regard, it might be particularly useful to challenge existing notion of development that the World Development Report (2012) espouses when it points out that, ‘Economies grow as people get better at what they do, as they move from farms to firms, and as more productive jobs are created and less productive ones disappear’ (p.2). The notion of ‘less productive jobs’ needs perhaps to be redefined as  notions of innovation are cast in terms that advance more capital investment and technology and fewer jobs.